Remember Empire Stadium, August 10, 1983. IMPORTANT: THIS TOUR INCLUDES THEATRICAL PERFORMANCES BY THE TROIKA COLLECTIVE. TOUR MEETS AT VANCOUVER ART GALLERY, NORTH PLAZA, 6 PM.
Anyone who was there knows this pivotal event in the Solidarity movement of 1983. 45,000 citizens crammed into the stadium to express outrage at the provincial government’s legislated attacks on labour and social groups. Join the people who were there as we visit sites from Solidarity in 1983, thirty-five years after the Empire Stadium rally. 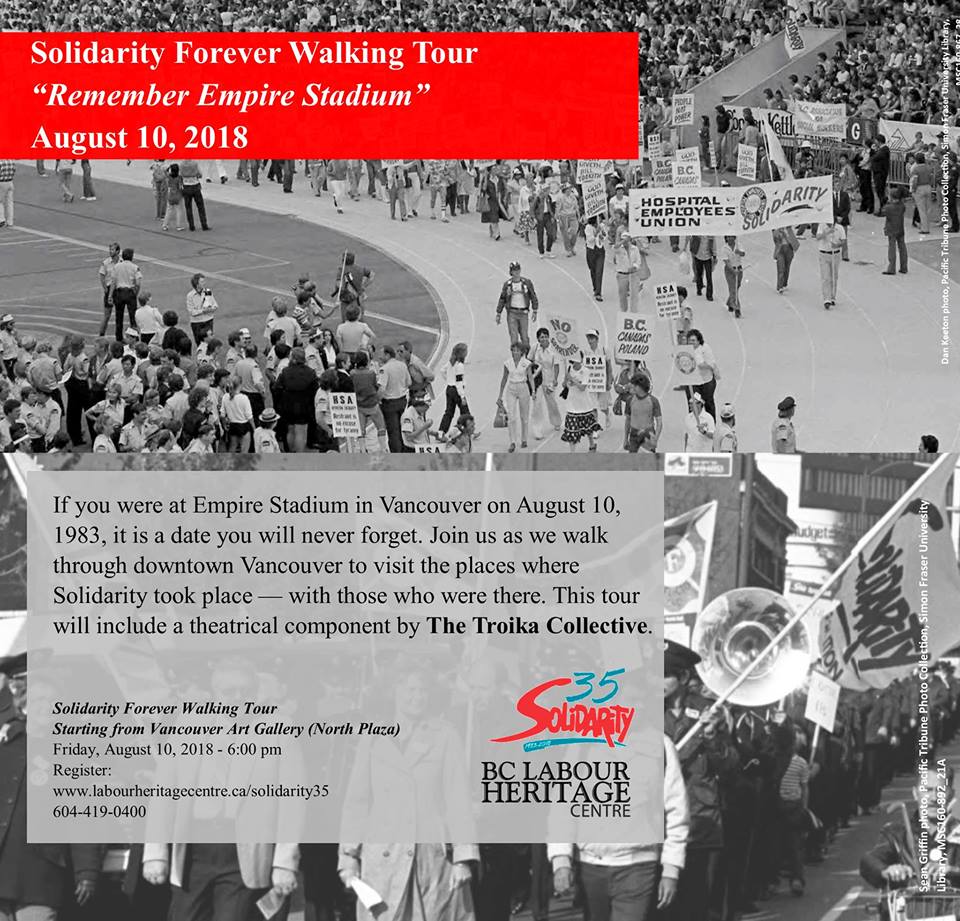